WHY USATFs OPPOSES the Tax 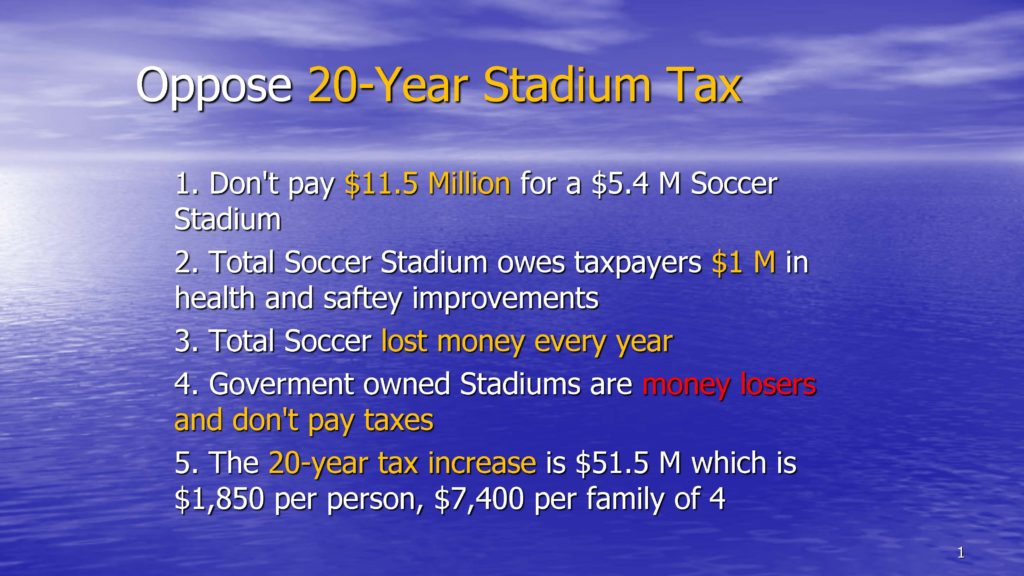 Not perfect but here you go.

Washington Township wants you to buy a soccer stadium for $11.5 million that the township and business agreed was worth only $5.4 million on March 19, 2019. Then the Soccer Stadium was granted a special 32% tax cut.

The proposed 20-year property tax increase will cost $1,850 per person to buy a money-losing soccer stadium. Spending money on your family is a much better choice.

Since opening in January 2018, Total Soccer has failed to pay $1 million for health and safety mandates including handicapped areas, access roads, sewers, and Engineering inspections. A yes tax increase vote means taxpayers will have to pay for Total Soccer’s health and safety improvements.

The “Save Parks and Rec” signs are dishonest as the parks and recreation millage does not expire until Dec. 31, 2020. The township is spending taxpayer money on mailings, brochures, websites and refuses to allow opposing viewpoints to be aired on the public access TV channel and websites.